· Cannot be combined with any other discount

· Print this coupon to redeem voucher

· We reserve the right to cancel promotions at any time

What Stuff Keys Are Made Off

We use keys almost every day, in fact we use them several times per day, and we never think about the same. Yeah it may be absurd to dedicate your precious time to your keys, unless you lost the same off course. When you lose your keys you put quite substantial time trying to remember when you had them the last time and what did you do with them until you have realized they are gone. Well keys are definitely useful little gadgets and they are much more that meets the eye. They are the keys to many doors, openers of many locks and keys to many fascinating facts. 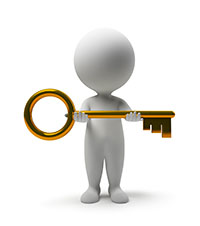 First lock and key ever found are the ones found in Egypt that are believed to be over four thousand years old. Before this invention of the lock people used to use rope that would tie in knots to close the doors. The main fault to this system was that those knots needed to be of certain complicity in order to keep the door closed and as the consequence they were later on manageable only by the one who made them at the first place. Not a bad thing if you were to live alone but terrible solution if you were to live in a community; the only way people used to live so back in the past.


Lock picking as the form of art

During the 18th century the lock picking became a very useful craft it almost reached the levels of the true art. For this reason eighteenth century locksmith professionals and service providers had to design much more complicated and complex locks so the picking artists or thieves and criminal would have harder time opening the same.

There is one curious tradition related to locks and keys still in practice today in Great Britain and that is locking the tower gates of the Tower of London and then taking the same keys to the headquarters. This unusual tradition has been going on for the past 450 years.

If you wish to learn more curious stuff related to locksmith business and locksmith industry, next time you call your local locksmith service provider make sure to ask him all about it. Beside emergency lockouts, lock rekeys, lock changes, lock replacements and many other lock related services locksmiths are also great source of curious stories about the locksmith trade and the craft itself.

Our services area
Our Services

Our company services in Westlake Village 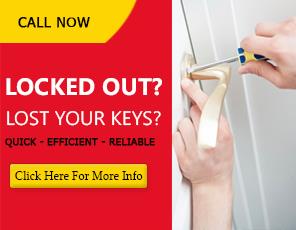